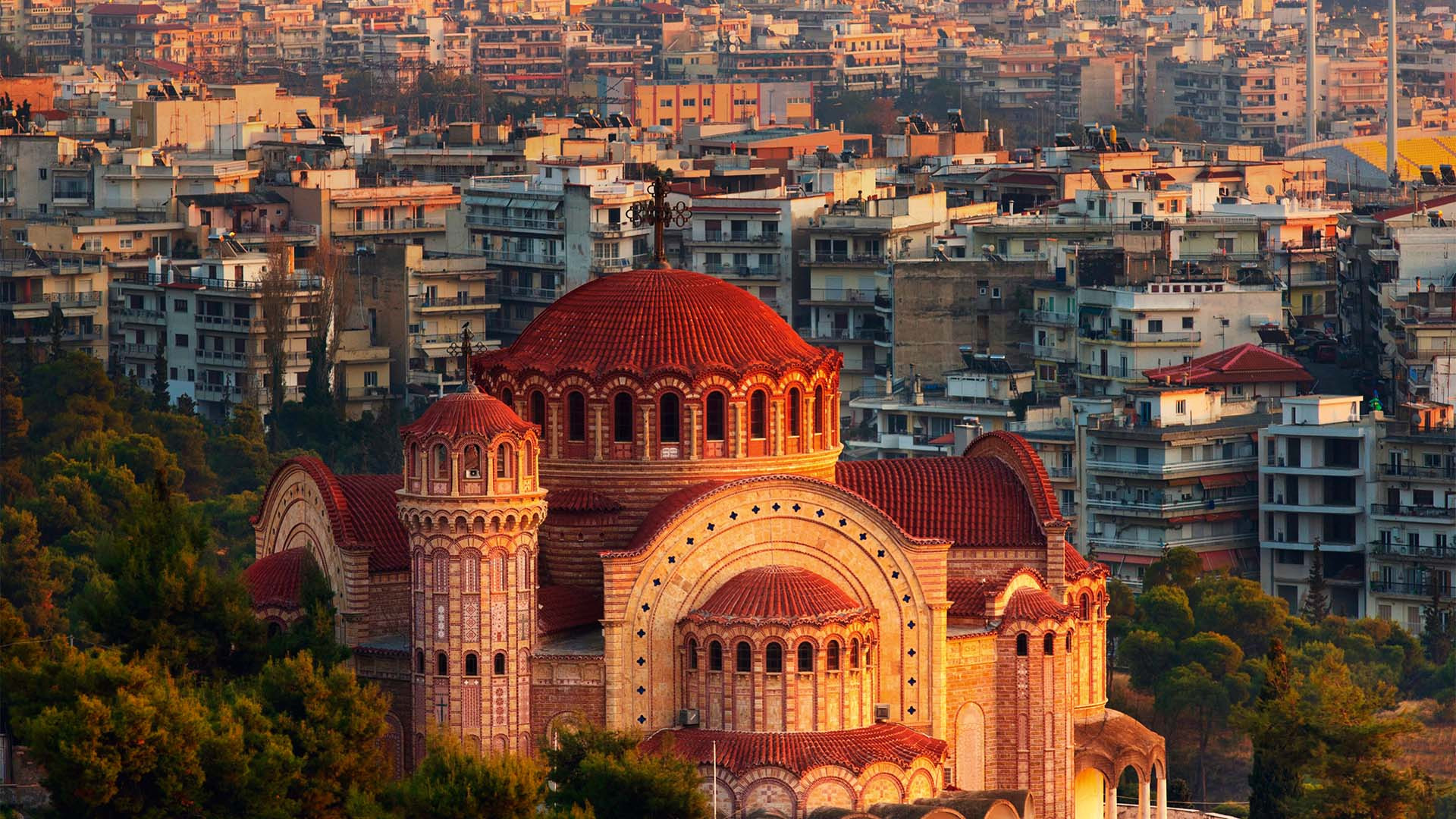 TThessaloniki is the capital of Macedonia and second largest city of Greece. It was first established in 316 B.C. by Kassandros and named after his wife, Thessaloniki, half sister of Alexander the Great. It means Victory in Thessaly. It is here that the Apostle Paul first brought the message of Christianity (50 A.D.) and that Demetrius, a Roman officer died in martyrdom (303 A.D.), thus becoming the holy patron of the city. Thessaloniki was the second most important city of the Byzantine Empire, next to Constantinople, and is full of beautiful examples of Byzantine art and architecture

Thessaloniki today is a lively modern city bustling with life and movement. Large avenues, parks and squares, lines of trees that frame commercial streets with showy shop windows. Old houses, neoclassical buildings, stand side by side with modern dwellings which makes a walk through any section of the city an interesting journey.

Please fill-in the form on the left. All fields are required. In the field "MESSAGE" you can either state about participation in the excursion, or ask us any question.

Send us an e-mail